Summing It Up Versus Soaking It In

Every second of every day our brains are organizing masses of information to make our lives manageable and comprehensible. The danger is that we do not take the time to look closely at things, drawing conclusions too quickly and generalizing. These are the issues addressed in the series P/A/N/E/L/S by the artist Kasper Andreasen (1979, Denmark), who divides his time between Antwerp and Berlin. Andreasen has been working on the series since 2012 and is currently exhibiting a selection at the project space Panache Towers. In it, he tests the boundaries between writing, drawing and painting with an equivocating use of medium, content and technique. The various colour, perspective, layout and other strategies employed and suggestive represen­tation lead us to read the images in a certain way and push us toward compartmentalization. But when you look more closely, you see that these are merely misleading constructions.

The layout of some panels, for instance, is reminiscent of a letter or a page from a book, but the words are illegible. Evenly painted lines on another panel remind one of ruled paper and the random words of hasty scribbles. On yet other panels, the handwriting flows into twisting expressive lines, transforming the whole into a picture. Andreasen uses perspective to evoke architecture and green, brown and blue hues and volumes to reference landscape vistas. There are also abstract pieces comprised of lines, planes, patterns, frames or stippled sections. Spontaneity, chance and controlled action all merge into one. He works with pencil, marker and paint, and some parts may even be printed. Or has Andreasen meticulously laid down dots into a grid? In a few of the panels, he hints at erased traces in the form of random blots, paint residue or overpainting. In those works, the dominant presence is the brown, grey, white or black cardboard – the substrate consistently used for this series. Are they rough copies or initial attempts, or is he purposefully seeking that desperation?

Andreasen has arranged the panels in groups on the walls, which serves to highlight the diverse nature of his work. The substrates are affixed onto wood, so that each panel stands out from the wall. This has the effect of casting a range of shadows and emphasizing the pieces as objects, calling books to mind. There are also two works on canvas, which then only magnifies the confusion. Paint on canvas is immediately deemed a painting, but where does that leave random paint swabs on cheap cardboard?

Andreasen incites a particular mode of thinking, while also insinuating a great deal. On closer inspection, his work hovers between the two and refuses to take a position either way. It exists in a state of non-being, and any attempt to categorize it or sum it up is an immediate negation of that. It is up to the viewer to engage or not. Art is not about the thing itself, after all, but what it sets in motion. 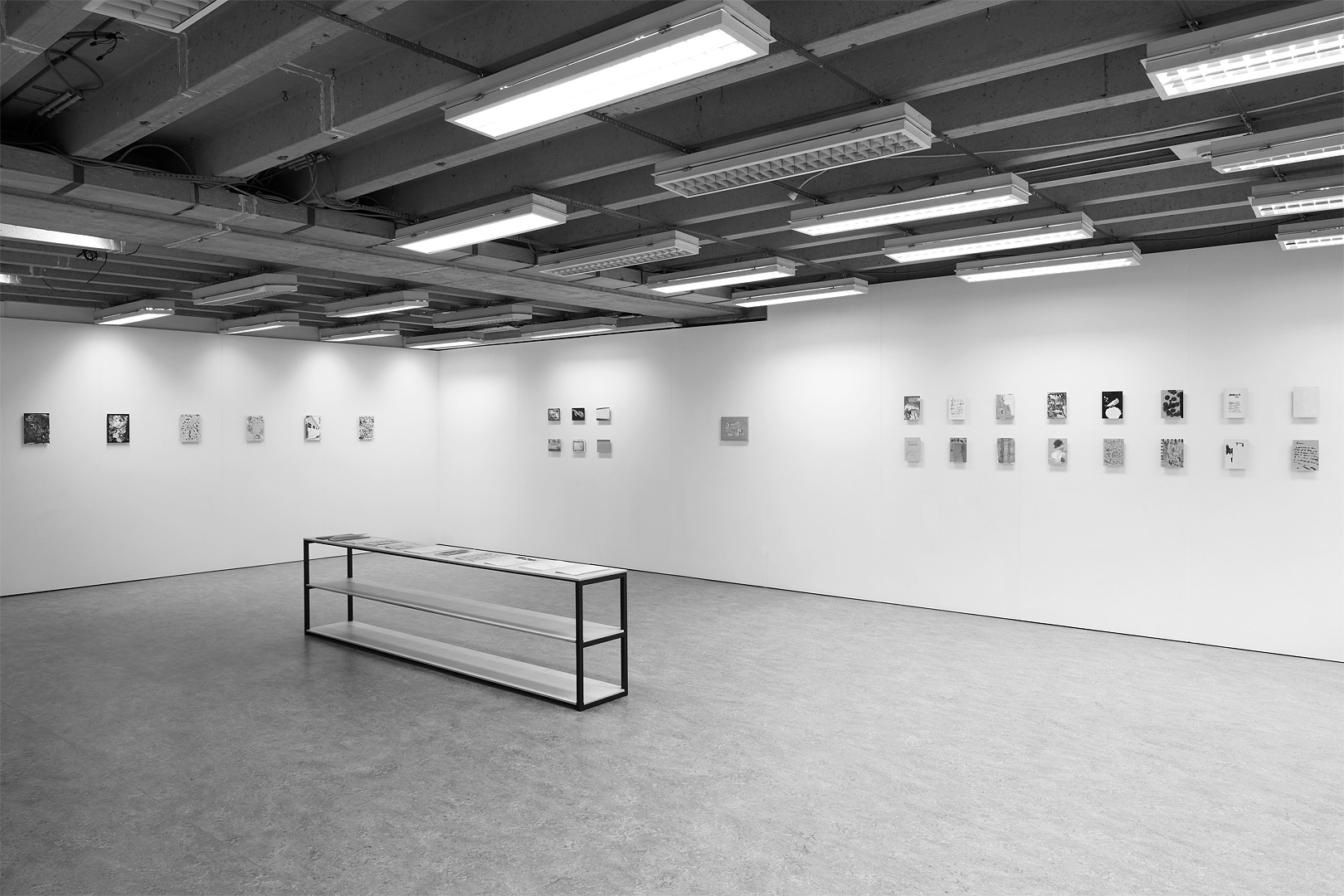 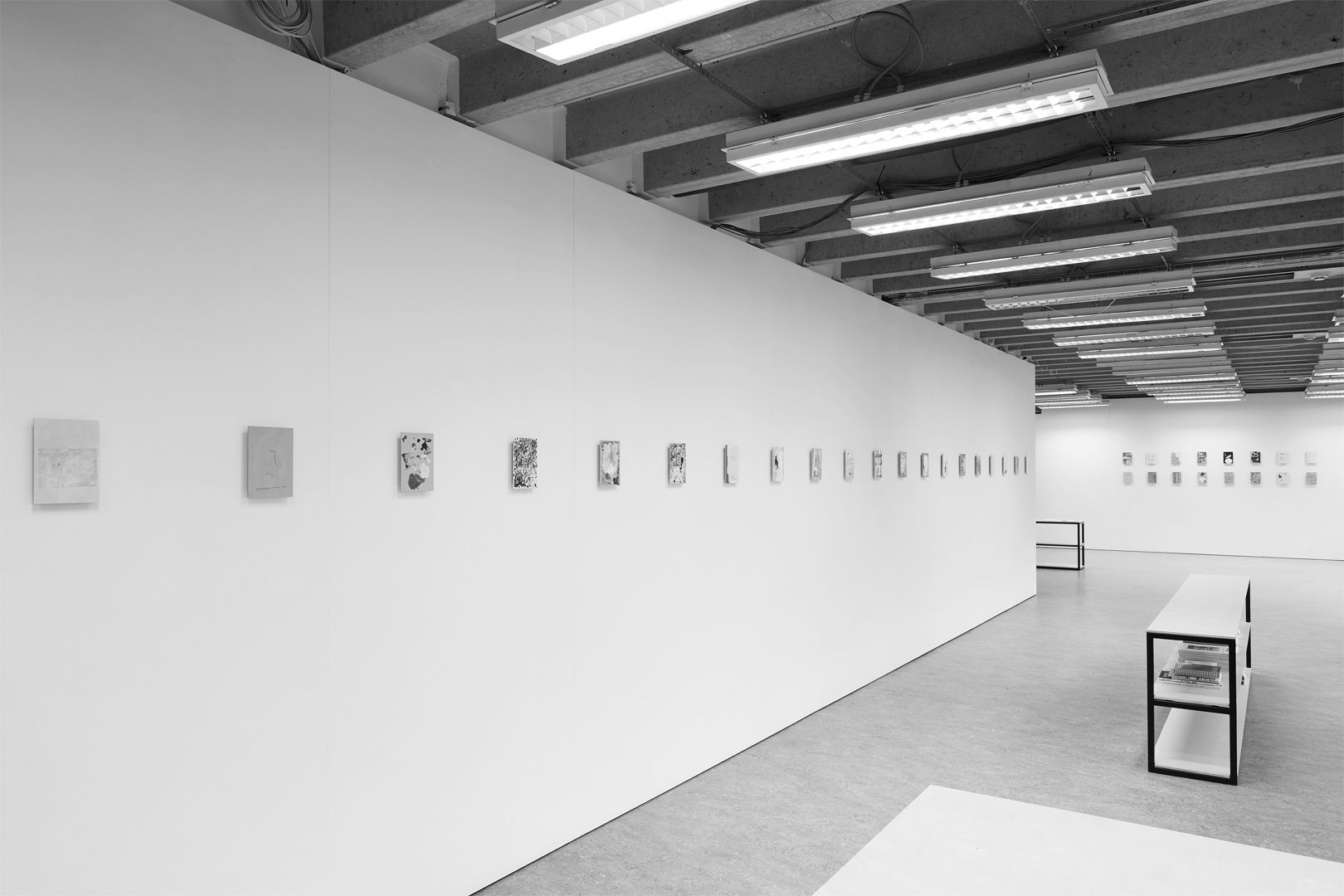 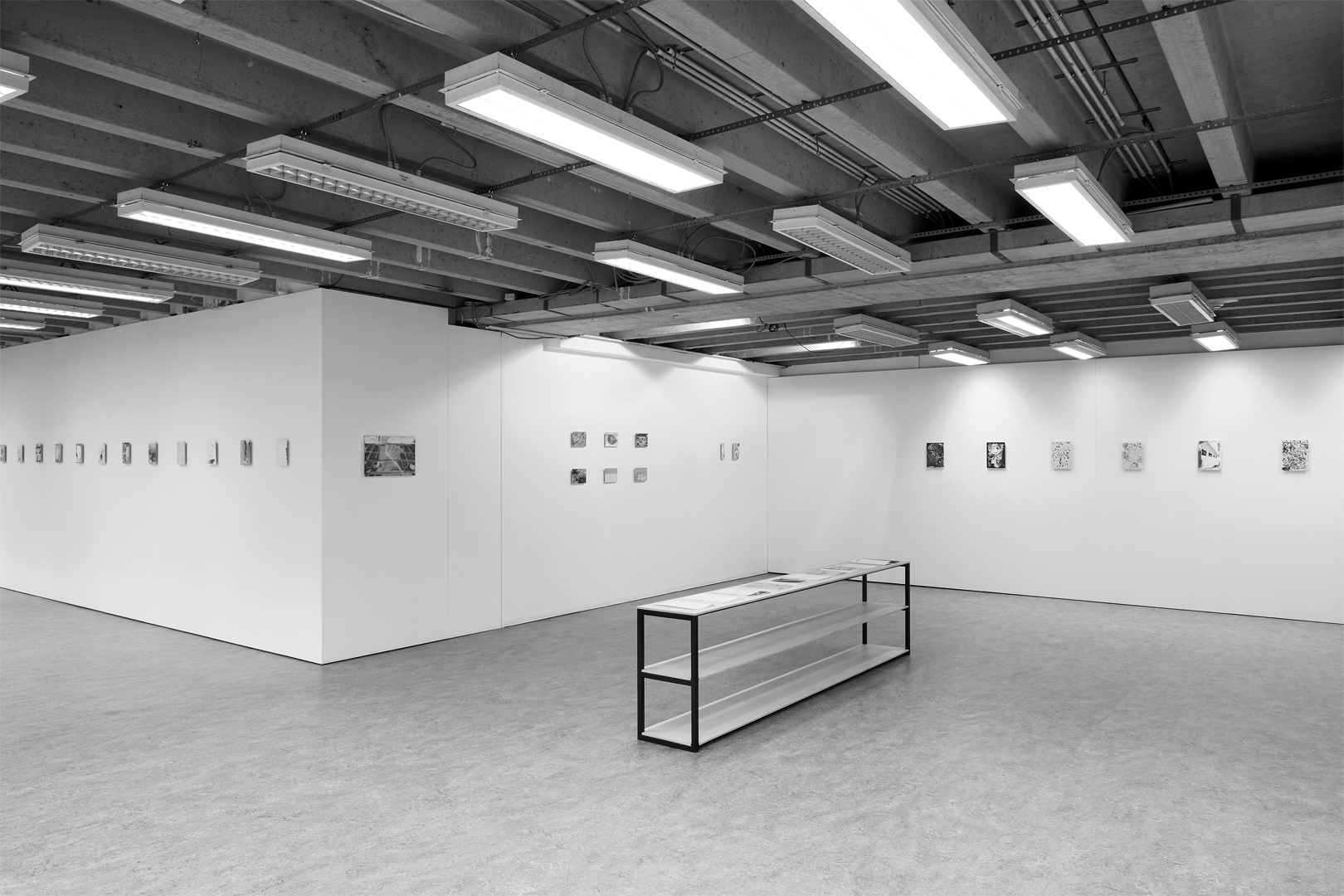